Written by Dominic Wilford on May 9, 2019. Posted in Blog, Leadership. 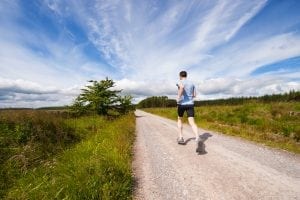 As the title of the song by The Stranglers puts it, “Everybody loves You When You’re Dead”.  I think there’s something in that.  Certainly artists of all types and their work, gather momentum post mortem; we frequently hear anecdotes about playwrights and painters who were penniless during their lifetimes, yet their works sell for millions one they’ve gone.  Interestingly, the next line of the song goes..“you’ll finally be appreciated”.  Strange, but somehow true.

I think this phenomenon is also true in the case of leaders.  It strikes me that many leaders who are judged as heroes now, were not completely flawless.  Likewise, history’s villains often did some good (good is a relative term!), which, in some cases, is overlooked by those possessing 20/20 hindsight.

Winston Churchill, one of the greatest Britons of the 20th Century and perhaps one of the greatest of all time was not without his faults.  Most contemporary studies of Churchill focus, for good reason, on his war years, yet he did so much more besides.  For many, whilst Churchill’s war record is beyond reproach, it is his attitude to other races that leads some to consider that he was a flawed leader.

He has often been accused of being racist.  Churchill quite clearly saw a hierarchy of peoples based on colour and creed.  He saw a pecking order with white protestants at the top and black peoples at the bottom.  He saw nothing inappropriate in the fact that “a stronger, higher grade, more worldly wise race” replaced and subjugated indigenous peoples in their own lands.  He made no secret of his views on eugenics and Darwinian hierarchies.  Of course what is missed when these accusations are being levelled against him is the fact that he was born a ‘Victorian’ in 1874.  He was, as we all are, a product of his time.  He was not alone in these views, indeed they were popularly held and doubtless contributed to the expansion of the British Empire and much of the wealth generated for the nation.

Yes these views are abhorrent by 2019 standards, but the truth remains that he delivered when we needed him.  Perhaps Churchill is the best example of hero at the time and villain (to some) once hindsight is applied?

No-one in recent British history polarises opinion quite like Margaret Thatcher.  I would suggest that she remains as controversial now as she did when she came to power in 1979.  We are surrounded by her legacy on a daily basis; whether silent coal mines or a busy City of London, Margaret Thatcher’s fingerprints are everywhere.

Hero and villain all in one lifetime?

Whilst best remembered for the miner’s dispute of 1983, deregulating the UK banking system and her close working relationship with Ronald Reagan, she did many more things that bound the nation together.  For the majority of the population, her decision to recapture the Falkland Islands was the right one.  It galvanised the nation like nothing since.

Wikipedia describes Nelson Mandela as a revolutionary, political leader and philanthropist.  He, like Churchill and Thatcher, also polarises opinion.  Whilst his achievements are without equal, his methods may be seen as questionable by some.  Although he is mostly seen as a man of peace, his early years were characterised by sedition and defiance and included him becoming co-founder of Umkhonto we Sizwe (the armed wing of the African National Congress).  Of course hindsight plays a great part in establishing Mandela’s credentials as a great leader.  Apartheid was wrong.  However, at the time many would have seen Mandela’s activities as illegal and him as a criminal.

And what of the (established) villains?

If we stick with 20th Century figures but avoid Hitler, we quickly arrive at Loseb Besarionis dze Jughashvili or as we know him, Joseph Stalin.  Whilst western historians are quick to point out that his murderous reign cost many millions of lives and robbed the Russian people of a great many good minds that would have assisted the nation’s development, there remains a view in Russian that the Stalin period was not all that bad.  Indeed in some cases it is seen as a necessary evil.  It could be argued that whilst his methods were barbaric, he was acting in the interest of the nation.  He was striving to move a medieval/feudal society into the modern era.  Whilst many Russian leaders have tried to distance them selves from Stalin, President Putin continues to see his virtues.  Whilst Putin has never heaped praise on Stalin, he has suggested that the Stalinist period was not all that bad; Putin is quoted during a discussion with Russian history teachers as describing the ‘Great Terror’ of 1937 as a merely a “bad page” in Russian history.

When Putin was succeeded by Medvedev, part of the inauguration ceremony included the new president congratulating a unit of the Russian military on the their 72nd anniversary.  Interestingly this unit was founded under Stalin to protect him during the Great Terror.  It would be impossible to imagine Angela Merkel doing the same to a Regiment founded under Hitler.

And what about the Russian people?

In 2006 a study of the Russian population found that 47% saw Stalin as a positive figure; only 29% saw him as negative.  This is due in no small part to the Russian people seeing the Great Patriotic War (World War 2) as the defining point in the 20th Century.  To many Stalin is seen as the key figure in the nation’s success.

Taking a ‘warts and all’ view of great leaders reinforces my opinion that we all possess flaws and virtues – we all have the capacity to do good and not so good with our positions.  There is good and bad everywhere you look.  It also confirms my view that context matters and that hindsight is everything.  You should also be conscious of your personal biases; we all have them.  Your view will be influenced by your background, creed, ethnic group, education, nationality and of course the context in which you find yourself.

When looking at any leader and seeing what you may learn from them I would advise taking two things into account.  What did they achieve (and for whose benefit) and what was the context that they were working/living in.

As a leader you will be followed, emulated and probably remembered (not all leaders are).  Assuming you are and that you leave a legacy, make sure it is for the right reasons.  Accept your flaws and reinforce your virtues and you may just be remembered for the latter.  Above all, act in the interest of your organisation.  Churchill, Thatcher, Mandela and (some would argue) Stalin all acted in the interest of their nations, yes it was from their perspective and within their context.

Will history continue to heap praise our scorn upon them for what they achieved?  Only time will tell.  Not everyone will see them as heroes or great, but most will be able to apply a little hindsight and see their achievements for what they were and continue to be.  Thanks to Churchill, Stalin (and Roosevelt) Europe has been at peace for the best part of 75 years, the City of London continues to generate vast wealth for the nation because of Thatcher’s work and South Africa is now on its fifth black President, that’s Mandela plus four!

Perhaps the song title should be changed to (with apologies to Hugh Cornwell):

“everybody has an opinion on you when you’re dead!” – although that wouldn’t work with the following line!

Why Active Listening Matters in Negotiation

You are what you do…