Written by Ally Hill on March 1, 2022. Posted in Blog, Negotiation. 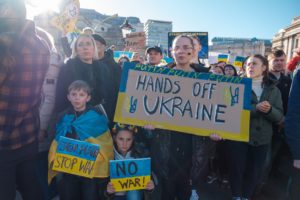 My first boss said those words to me on the fifth day in the job.  It was great advice and has remained with me ever since; I refer to him and fall back on those 3 words a couple of times a week.  Had he still been with us he would have been greatly interested in the way things are unfolding in Eastern Europe and in particular Ukraine.  Doubtless he would have been returning to his mantra on a daily basis.  Of course, saying ‘expect the unexpected’ is one thing, it’s what you do about it that matters.

Like many over the past few days, I have been reading the papers and watching the television with great interest.  Not only do we have Russian troops in Ukraine, but as recently as 10 days ago the Russian government were not ruling out deployments to Venezuela and Cuba.  Sabre rattling perhaps, but it does reinforce one observation made about Mr Putin, he’s unpredictable – for Western leaders he embodies the ‘unexpected’.

A number of observers and commentators have noted that now is very much the perfect time for Mr Putin to go for it.  If you consider the global issues that might influence his decision making then they have a point.  The West is the weakest it has been for many years (some onlookers have suggested the West has not been this unprepared since the 1930s).  This has come about through reduced defence spending across most NATO nations and the ravages of Iraq and Afghanistan leaving Western nations bruised and reluctant to commit more young people to dangerous and possibly fatal situations.  The strains and challenges of Covid have left Western nations looking inward and Brexit has done its level best to drive a wedge between the UK and the EU.

We shouldn’t forget what happened last time Mr Putin made a territorial claim to part of Ukraine, he was very successful at managing to annex Crimea in a few short weeks in 2014.  One might conclude that he has gambled on a similar (weak) response from the West.   History has a habit of repeating itself; land grabs of this type were also part of the 1930s and as we discovered accepting Hitler’s annexation of the Sudetenland only worked for so long. 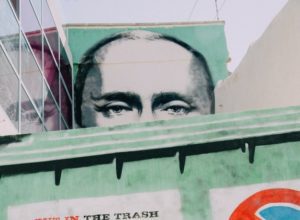 It is worth noting that as the world moves away from fossil fuels, Mr Putin’s natural resources will begin to lose their value.  The Russians claim they feel threatened by NATO’s presence along their borders, so in their eyes what they are doing is fully justified and according to some in the Russian media, the nation has but one choice – attack is often cited as the best form of defence.

The ripple effects of all of the above are influencing Western economies like never before.  Fossils fuels are the headlines, but it was only a few months ago that we were concerned about a shortage of EU workers in the fields and a lack of HGV drivers and a shortage of fuel and, of course, Brexit and the mountain of paperwork that must be completed for goods to move between the UK and EU.  All of these factors have served to inflate the price of everything and to make trading, and the negotiations that lead to those trades taking place, more challenging than they have ever been.

Your suppliers and customers are in a similar position to Mr Putin; at best they have a set of circumstances that ‘allow’ them to make demands of you, and for some they believe they have no choice but to make those demands.  Whether they want to charge you more or pay you less, they have myriad reasons upon which to blame their actions.

So, back to my boss.  What would he say?  After trotting out the mantra for a fourth or fifth time he would explain that the way to deal with the unexpected is to understand the environment, anticipate the other party’s actions and to have the tools to deal with whatever comes your way.  His view was clear: people who are shown how to do something and have the chance to do it become good at it, and are therefore able to marginalise the impact of the unexpected. 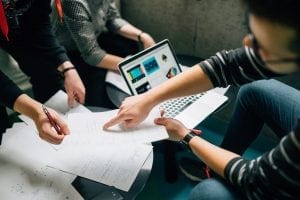 At bridge][ability we understand the benefits of analysing the environment and taking a proactive approach to our negotiations.  Those who take the view that they will ’cross the bridge when they get to it’ or will ‘wing it and see what happens’ become victims of the environment and spend their time reeling from the blows inflicted by it (and the other party).  To them everything is unexpected, consequently they never generate any control in their negotiations.  They spend their days being victims of their circumstances rather than controlling them.

Is your business prepared for the unexpected?  Are your people thinking proactively about their commercial interactions or are they being swept along by the market or the other party?  Is your team able to plan and to keep several steps ahead of your competitors, customers and suppliers?  In short are they able to expect the unexpected?

Given the volatile nature of the world we currently occupy it would be prudent to have people who can do those things.

Within bridge][ability we also use a mantra that we find works well when expecting the unexpected: ‘You’re in control’.

Photos by Ehimetalor Akhere Unuabona and Don Fontijn on Unsplash

Lose the battle; Win the war