Written by Dominic Wilford on April 15, 2020. Posted in Blog, Leadership.

good or bad, the example you set will be followed… 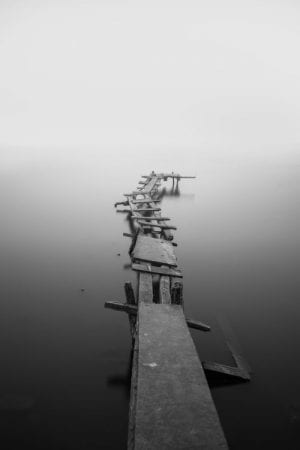 even the most sophisticated studies and investigations have yet to make leadership, and its development, more science than art. The four ‘Cs’ – competence, character, creativity, and charisma remain difficult qualities to quantify, let alone cultivate. Growing effective leaders is challenging work.

Could we be measuring the wrong things? When entrepreneurs, innovators, and executives describe the kind of leaders they want to be and/or hire, an awkward truth invariably emerges: the attributes they so admire often aren’t the behaviours they display.

Fortunately, a simple question evokes greater self-awareness and actionable insights than the typical 360 degree review: How do you lead by example? That means asking leaders to detail instances where their actions set standards for others; in other words what do they actually do that influences and inspires?

There would appear to be no better diagnostic for promoting authentic revelations around personal leadership style and substance. For one, it non-judgmentally presumes people already lead by — and thus set — good examples; for another, it pushes leaders to think harder about how others view their behaviour.  The most useful answers to the question usually involve a degree of introspection and a dash of empathy.

I have asked this question countless times; I’ve put it to leaders in all sectors and no one has ever said they can’t, don’t, or won’t lead by example. On the contrary, leaders always recount lead-by-example stories and anecdotes they feel reveal something important about them. Their answers expose their expectations about how their actions should/are  perceived by peers and subordinates alike. Charm and charisma are wonderful, but good examples can prove as persuasive as great presence.

The critical first step in building the brand is to get leaders sharing stories of when they led by example – these anecdotes will reveal the values that they hold dear within themselves and what they want their organisation (and people) to aspire to.

Some of the responses I have received:

These brief examples share the revelatory self-belief that they merit admiration and emulation. They actively communicate values the leader personally and professionally believes important; they’re intended to define leadership behaviour in the organisation.

These examples are invaluable to an organisation that wishes to develop its own style of leadership. To be effective, each example should possess 3 key elements:

Lead by example content is both mirror and window into leadership of oneself. Leaders must explicitly know whether their examples are over-weighted along some dimensions versus others. For example, leadership by example stories that only emphasise clients may be as misleading as those that never do.

The real beauty of lead by example stories is how quickly they are assimilated into an organisation…drawing on the examples above, does the Manchester based business take diversity and inclusivity more seriously?  Will the food processing business appreciate the benefits of breaking down language barriers and more effective communication?

The true lead by example test is who follows those examples and how. Do colleagues and clients see those examples as leadership? Are direct reports inspired to admire and emulate? When people describe “the right way” of getting the job done or getting the best out of people, is an example explicitly referenced? These questions aren’t rhetorical; they’re central to meaningful and measurable leadership development.

That’s why inconsistency and hypocrisy so acutely matter. The executive who is always unapologetically late to his own meetings, solicits eye rolls when his lead by example stories stress ‘respect’ and ‘self control’. Similarly, I’ve heard lengthy lead by example answers from global business unit leaders who never once referenced a single customer or client.  Ironic, given their firm declared its strategic intent to become more “customer-centric.” Following up with a polite “So how do you lead by example when it comes to serving customers?” provoked a painfully awkward silence.

Making real world examples rather than aspirational attributes the focus of leadership development, leads to more concrete conversations and healthier outcomes. Asking direct reports is your boss a good leader? or Does she care about your professional development? or Do you get appropriate feedback? obscures essential leadership dynamics. Conversely, insisting that employees describe how their your boss leads by example yields behaviour-based insights consistently more valuable than all manner of personality tests.

Identifying and communicating those core and critical leadership examples is at the heart of a healthy enterprise culture. Determining if there are even better ways to lead by example is central to a healthy culture of leadership development.

Setting an example is not the main means of influencing others; it is the only means