As we move into the last months of the Brexit negotiations, something funny is going to happen to those involved. It is called pressure and it makes people do things they don’t want to.

As with all negotiations, we will see how real the Brexit deadline is. Most commentators agree that it will be impossible to have all terms agreed by then, and so the 2 sides have already agreed to a ‘transition period’ once the 1 April 2019 comes around. The very fact that this transition period exists will have taken some of the pressure off the negotiators – they have a release valve. In all negotiations, pressure works in relation to time (i.e. looming deadlines) in the following way: 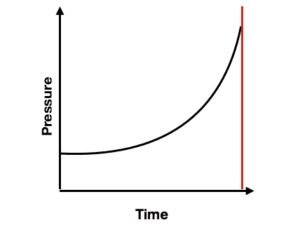 There is always some pressure at the start because of the problem that needs solving or the opportunity that has been presented (and your political view point will dictate which of those 2 outlooks is represented by Brexit – maybe both for some).

But the fact remains that as the deadline looms the pressure increases and this is when people will start to do things, or agree to things which they would not countenance earlier in the proceedings.

In some negotiations, the ‘time’ axis could be only a few hours long, or it could be 2 years, as in this case. But what is consistent is that most people don’t like the feeling of increased pressure and they will do what they can to avoid it. It is often a sub-conscious decision but they would rather agree to things in order to release the pressure than to continue to absorb this increased pressure. This is what makes people more likely to say ‘yes’ when in other circumstances they would not.

If you have ever bought or sold items on E-bay when there has been a deadline then you will be aware of this phenomenon. Or the same if you have found yourself shopping for loved ones’ presents on Christmas Eve – you may well pay more for things than you would have dreamed of if you had been more organised and shopping 2 weeks earlier.

So this is the test not just for the Brexit negotiators, but also for you in any of your negotiations: how will the deadline be used? Will it work against them as they feel the pressure, or will they recognise the effect that it is having on the other party and use it accordingly?

This is certainly what I would like you to do in your negotiations. Recognise the pressure; where it is coming from, and understand that the other party also wants to avoid it, and they may be more likely to say ‘yes’ to things that they had previously ruled out. It is this ‘pressure zone’ that you are looking for: 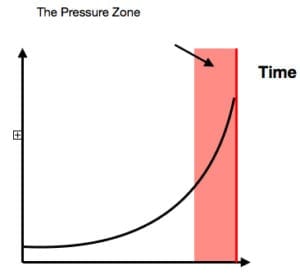 Once you have understood this pressure and that the other party is most likely feeling it too (assuming that their deadline is the same as yours), then you can stop being it’s victim and start to use it to your advantage.

Be aware that although you will want to get things agreed early, try not to get everything agreed just to alleviate the pressure on you. You must understand their deadlines and pressures. For example, if they are offering incentives for early agreements, ask them why (even if you think the answer is obvious).

Time will tell who reacts best to the time pressures as the Brexit deadline gets closer, but it will be fascinating to watch.

Who’s made the first team? Selecting the right people